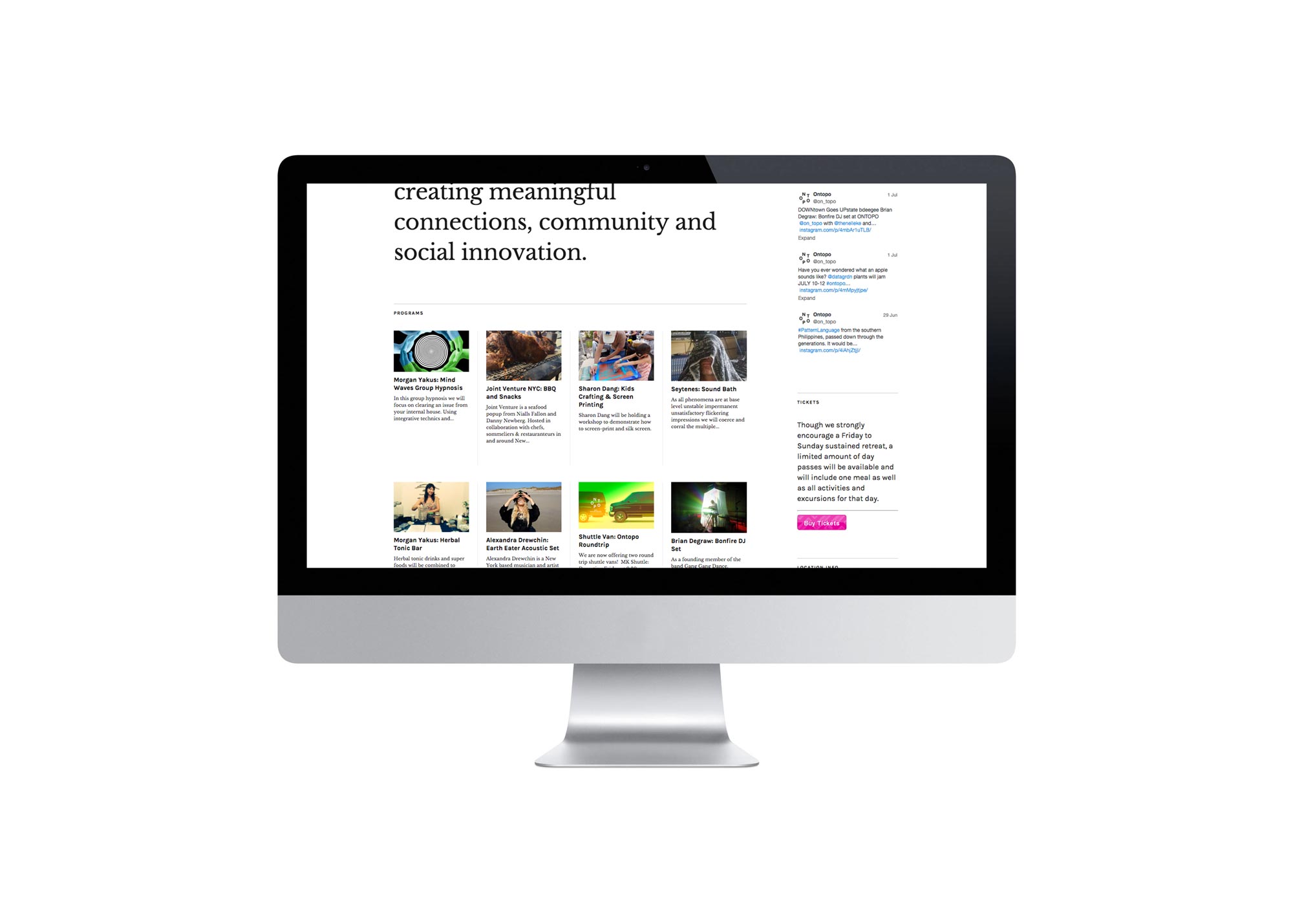 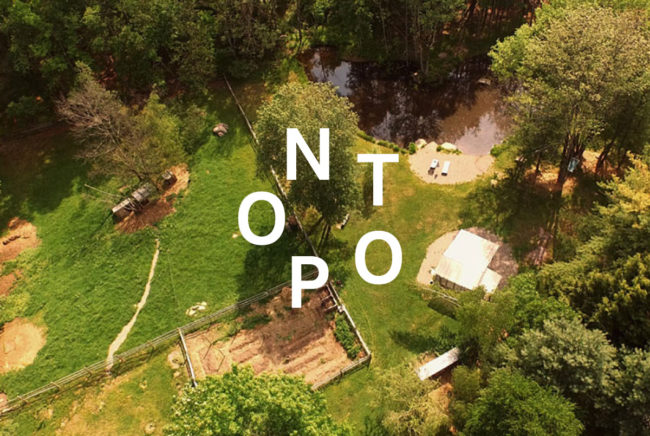 A retreat project that took place on July 10-12, 2015, less than two hours away from New York City. We call the project Ontopo: a word we made up by clipping the word “topography” and adding the prefix “on.” This 3 day event extends the summer camp arts and crafts theme into interactive, audible, and edible realms using technology, art, and science to gain a closer understanding of the relationship we have to each other and to the world around us.

We created the name and concept for a retreat that is meant to further interpret site through creative workshops, performance and a culinary program. Common Space managed all ends of production and curation.